A visit from PC Hazel 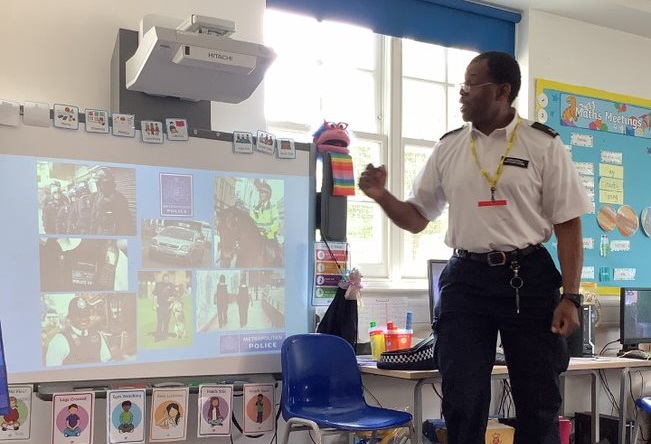 On Monday 13th June, we had a very special visit from PC Arthur Hazel. He visited EYFS to talk to them all about the roles of the police force and answered many questions the children wanted to ask. Firstly he told us that the role of the police is to keep the public safe, Asher from Sycamore class when asked what other roles the police do he replied “they arrest bad guys.

PC Arthur went on tell us more about the roles of police including riot squad, fire arms and traffic police. As well as photographs PC Arthur wore his full police uniform and talked about it’s key features and the importance of his equipment. He explained that he wore a flat hat for getting in and out of the police car and Raurie from Sycamore replied “so you don’t bump your head” which was correct PC Arthur was very impressed.

PC Arthur also bought with him a torch with a hidden feature. He demonstrated moving the torch up and down his uniform and red and green lights would flash “what else do you think the torch does?” and Johnson from Sycamore answered “it’s scanning you” “yes” PC Arthur replied, “it’s scanning for metal, I’m very impressed with your answers Johnson”. The children also got the chance to ask their own questions for example Zach from Acorns asked “do you have a police dog?” and Lyra from Sycamore asked “why do you have a police badge?”.

EYFS had a wonderful experience with PC Arthur and can’t wait to see him again for another visit where they can learn even more about the police and keeping the public safe. 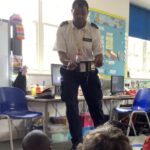 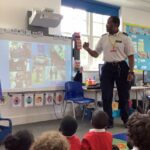 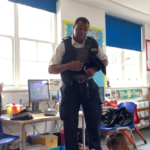 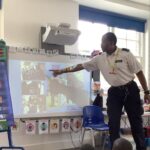 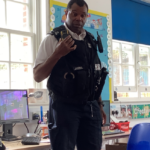 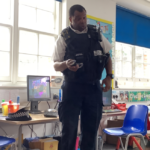 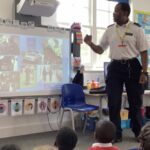 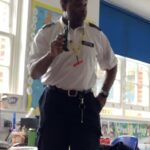 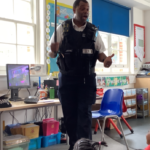 Menu
We use cookies on our website to give you the most relevant experience by remembering your preferences and repeat visits. By clicking “Accept All”, you consent to the use of ALL the cookies. However, you may visit "Cookie Settings" to provide a controlled consent.
Cookie SettingsAccept All
Manage cookie consent

This website uses cookies to improve your experience while you navigate through the website. Out of these, the cookies that are categorized as necessary are stored on your browser as they are essential for the working of basic functionalities of the website. We also use third-party cookies that help us analyze and understand how you use this website. These cookies will be stored in your browser only with your consent. You also have the option to opt-out of these cookies. But opting out of some of these cookies may affect your browsing experience.
Necessary Always Enabled
Necessary cookies are absolutely essential for the website to function properly. These cookies ensure basic functionalities and security features of the website, anonymously.
Functional
Functional cookies help to perform certain functionalities like sharing the content of the website on social media platforms, collect feedbacks, and other third-party features.
Performance
Performance cookies are used to understand and analyze the key performance indexes of the website which helps in delivering a better user experience for the visitors.
Analytics
Analytical cookies are used to understand how visitors interact with the website. These cookies help provide information on metrics the number of visitors, bounce rate, traffic source, etc.
Advertisement
Advertisement cookies are used to provide visitors with relevant ads and marketing campaigns. These cookies track visitors across websites and collect information to provide customized ads.
Others
Other uncategorized cookies are those that are being analyzed and have not been classified into a category as yet.
SAVE & ACCEPT